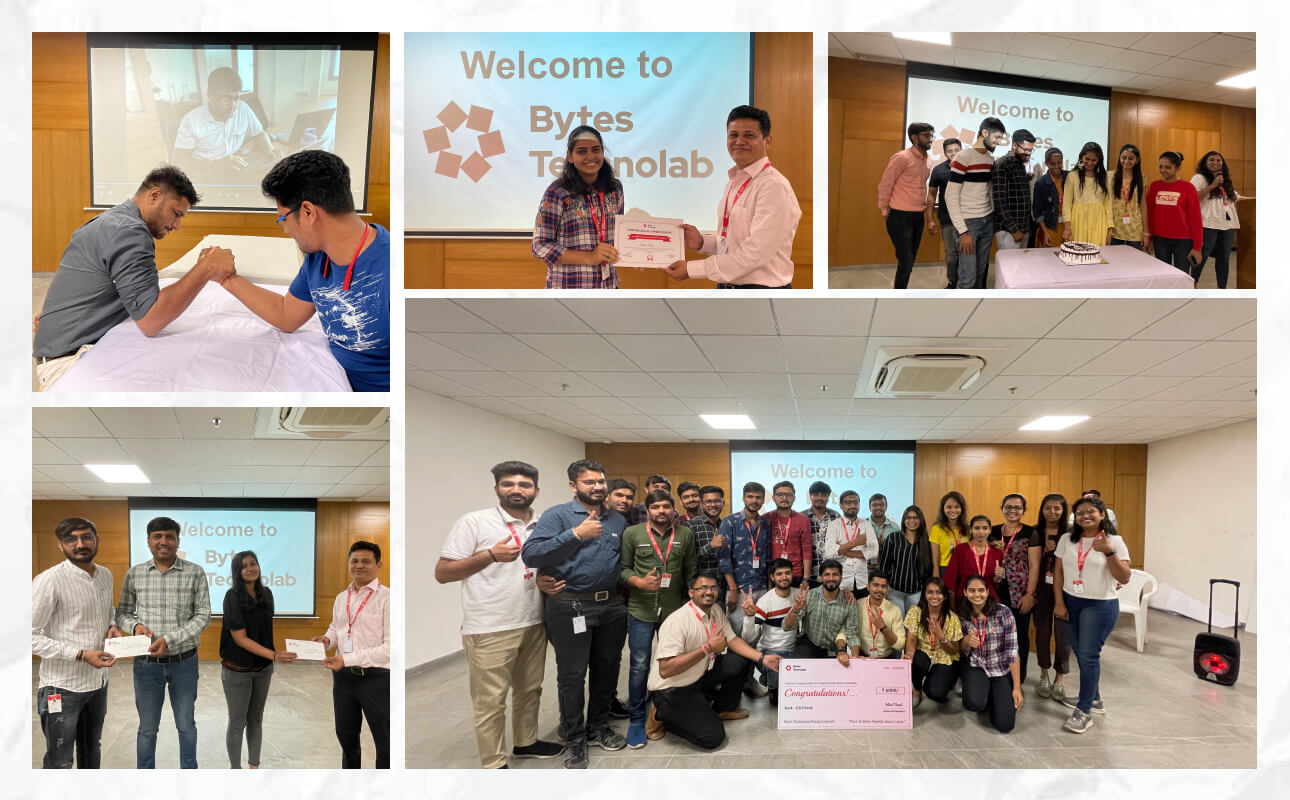 The highly anticipated event was the result of some thoughtful and dedicated efforts from the HR and management teams. What else could be better than an event platform to appreciate the existing employees and build employee engagement for the newest members?

The stage was set and the employees gathered across the auditorium by the given time. The HR Lead greeted the respective Directors of Bytes Technolab, the employees, and the support staff before explaining the event journey. The whole event was categorized into four different segments as given below:

The event was set to be concluded by dinner and teams’ internal networking. The directors, the decision-makers, and the HR team at Bytes Technolab always look forward to the opportunities that call for a celebration. The Bytes Technolab family celebrated those 10 employees whose birthdays fell in March.

A huge cake was ordered with all of their names written over it. The cake cutting commenced soon after and each one of them enjoyed the pleasure of their birthdays getting celebrated with cheers from 100+ colleagues.

“That vibrant & jubilant applause and happiness all around proved to be the icing on the cake.”
There was a feeling in the air that this was just the start of something special. The ecstatic vibes till now were meant to go electric as the Arm Wrestling Competition was about to begin. 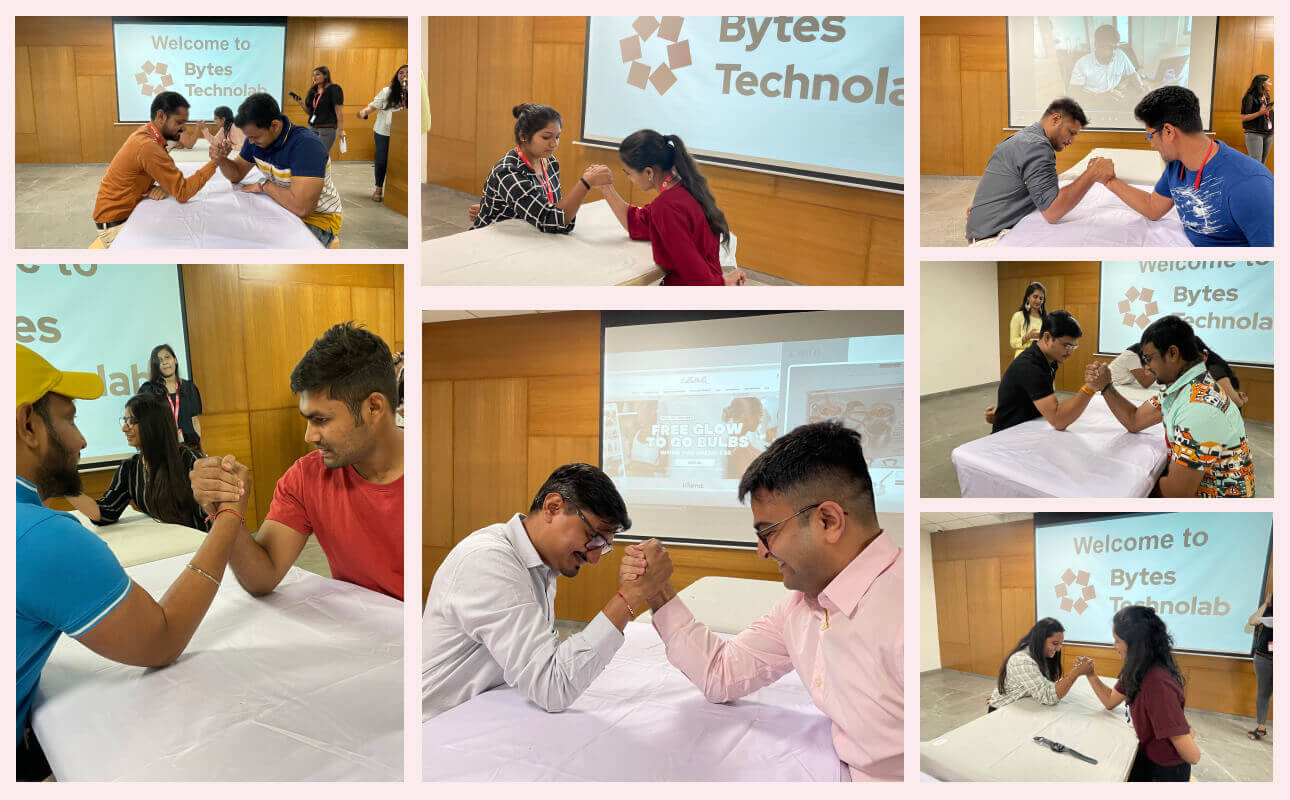 Every single one of us, including the Directors, was ready to visualize a bone-crunching & bicep-bursting competition that was guaranteed to deliver the loudest roar of the year.

There were quite a few surprises to see some hardcore tech geeks showing the metal of what they were actually made of. The female participants also welcomed the ear-numbing cheers and showcased immense strength on the stage.

Those were the most exhilarating and power-packed 30 minutes of constant demonstration of sheer power, tolerance, and willingness to come out as the best. We had our winners for both Men & Women's categories. Kudos to their strength. But a huge round of applause was given to every single one of them who participated and gave their all into it.

That was not the end. A request was made for a pair of Directors and a pair of Presidents of the Sales team to go against each other. They also showed amazing team spirit and welcomed the proposal to accept the challenge. Those couple of minutes automatically became the highlight of this competition.

“A Promise” that was made! & Certificates of Appreciation 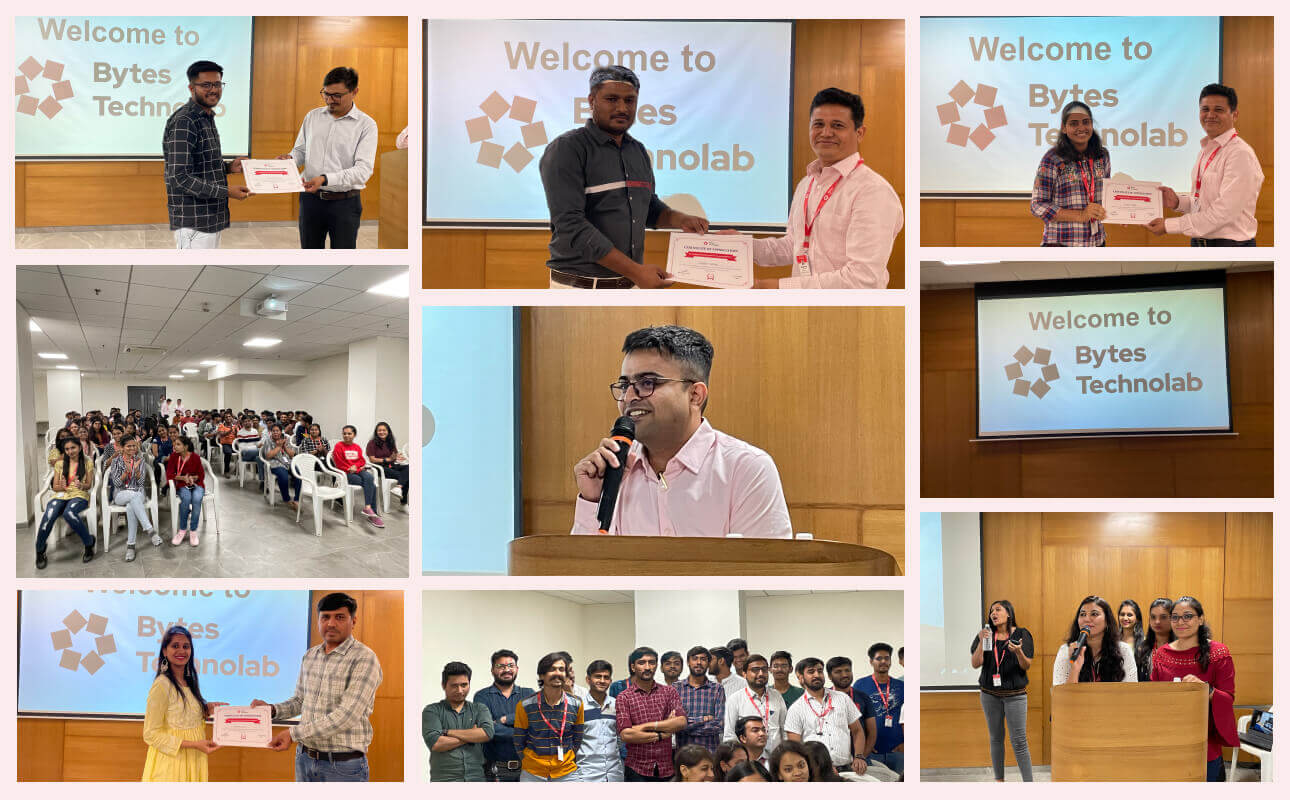 Moving forward, our Global Business Head stepped up to the podium and greeted everyone. He was so excited to see the vibes all around and promised the team that this evening is just the start of many more spectacular events and evenings to come in the year 2022.

“The recognition and appreciation for employees is something that Bytes Technolab always has stood for and will continue to do so. I’d like to personally thank the Directors of Bytes Technolab to provide a platform for every single individual to excel and grow. This shall be the ambition of a true Leadership Team and I am lucky to be a part of this incredible journey.” - says, Global Business Head at Bytes Technolab.

The arousing speech was followed by thanking all those individuals and teams who have stood with Bytes Technolab through thick & thin. As a token of appreciation, a few outstanding performers on various projects, roles, and responsibilities were recognized and awarded “Certificates of Appreciation”. 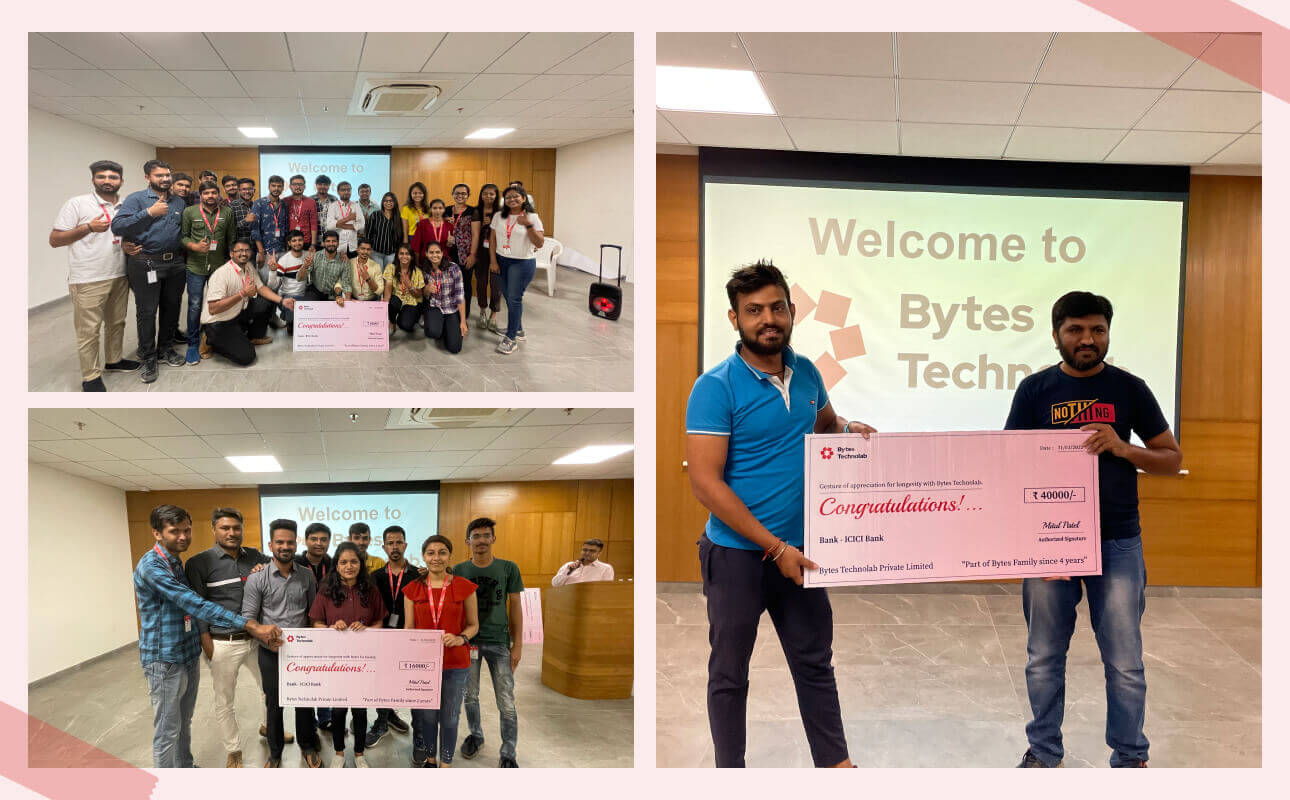 The most anticipated segment, carrying that element of surprise was about to be disclosed. Our Directors were called upon the stage as the Global Business Head rolls the dice by announcing the first-ever Retention Incentive Cash for all the employees who have stayed with the family for more than 1/2/3/4 years.

By emphasizing the importance of longevity in establishing long-term success, our Director said,

“Individual ambitions serve the common goal. Everyone presented here including my co-partners in good & bad, You that is my priceless asset & Me - We all have one common goal. It is to grow every single day and be better, together, to make Bytes Technolab reach the newest heights and horizons. Thank you to all who have stayed with us. The journey has become even more beautiful because of you all.”

The moment was so touching, inspiring, and aspiring that every one of us listened with blissful silence which ended with a huge round of applause.

4I employees were recognized and called upon the stage to receive “Retention Cash Incentive”. The unforgettable smiles on the faces of the nominees and even the audience resembled promising signs for the company in years to come.

The spark, the aura, the vibes - whatever we say, from tip to toe, everything about the evening of 31st March 2022 seemed perfect and joyous.

Pizza Time: Because In Crust, We Trust

And… What else could be better than having La Pino’z Pizzas in the house? We all at Bytes Technolab adore and love pizzas. In fact, we believe that a slice of Pizza actually completes the “Love Triangle” as far as the company and the employees are concerned.

The cake, soft drinks, and unlimited jumbo pizza slices were distributed to all the members. The new joiners also had a great time interacting with their colleagues and making new friends. Undoubtedly, a fitting end to a “Perfect Evening” in so many aspects.

We are one of the fastest-growing software companies, established in 2011, offering continuous growth with awesome opportunities to its employees.

If you hold that fire, that hunger to explore and succeed, then Bytes family is what you shall seek.

Click here to see who we are, how it feels to work with us, various perks of being a member, and open positions in related technologies.

We’re just a call away!

A Beautiful Journey to Majestic Kumbhalg...