By raising the curiosity to know ‘How to make an app like WhatsApp’, developers have observed that many people consider using chat applications more than social media software.

Messaging applications have transformed into media outlets for one-specific people. Many  Whatsapp-like app development services  aim to enable users to see content, talk to others, view images, and make purchases on the app. Innovative marketing channels with large consumer base workable features provide a varied set of marketing results.

Why is Whatsapp so Popular?

It Was An Original Idea

Most of the messengers and VoIP solutions focused on the desktop. WhatsApp established a philosophy of mobile-first implementation.

It aimed to reduce the expense of SMS calls between countries (which were quite expensive at the time). Before it was entirely accessible, the messenger became incredibly successful.

Getting into Skype was one of the most annoying aspects. In one simple touch, users were able to get both their number and contact details in WhatsApp.

Instead of traditional advertisements, word-of-of-of-mouth marketing led to a flood of potential customers. 50% of smartphone owners use Whatsapp messenger.

WhatsApp development didn’t stay on the iPhone. Soon it became usable on Android, Windows Phone, Bada, BlackBerry 10, Blackberry, and Mac. It brought the app to the fore in places like India, and South Africa, where iPhones aren’t well-known.

Most chat applications made revenue from advertisements. Instead of following a similar route of obtaining fast bucks, they went for a more challenging route. As a result, users were not begrudging towards it.

It began as a quick messaging app. Now you can create audio and video calls, send photos and GIFs, set up groups, and do the same as in Snapchat and Instagram Stories.

[Also Read: Why A Mobile App Is Important For Car Dealers?]

7 Steps to Know How to Make an App Like Whatsapp

Before you begin developing the software, consider all of the market considerations you will encounter when you learn how to create a WhatsApp-like app. Check out the main rules to follow if you want to excel.

Before understanding the basics of how to make an app like WhatsApp, you must identify the target demographic for creating a messenger. Young people, on average, use messengers more often than older people. WhatsApp is standard with business-related people because it is safe and straightforward to use.

When you first release an app, you intend to raise money and then pay it off. There are a few monetization frameworks you might use to make money while creating your WhatsApp-like app:
Know who the competition is
You should do competition analysis and research all of the rivals. What do you do to improve your app if theirs is good? In general, you should be aware of what messaging apps are accessible on the market close to WhatsApp.
App worth
What is the worth of your product if it is identical to other products in this niche? When considering how to make an app like WhatsApp, it is critical to have something fresh in the app to keep it competitive and exclusive.
Online Payments through Apps
Through app payments, users can submit transfers to one another and pay a set charge for each transaction. As a result, you’ll be able to get your percent out of the trade.


An in-app payment is accessible. Additionally, the users can purchase stickers or other add-ons to personalize and enhance their messenger.

Publicity is a type of advertising—the most famous method of app monetization. However, don’t overcrowd the software with advertisements; it shouldn’t be irritating to consumers.
App-Store Optimization
It’s not enough to wait until the software is completed and accessible on Google Play or the App Store (or both) for people to start installing it. To draw more customers, you can consider app promotion.

When it comes to managing the project personnel, there are a few items to keep in mind.
Locate seasoned programmers
If you want your app to expand and evolve, the design should be well-thought-out in the early stages of growth. This is something that a true entrepreneur is already aware of. When the application grows, you’ll need the ability to handle a vast amount of data.

To have the freedom to incorporate new functionality effortlessly later, you must understand everything from server longevity to your framework code architecture. When new choices are introduced, a poorly constructed code will trigger the program to malfunction.

Make sure to  hire mobile app developers  who have experience in similar programs. Good experts should predict any potential situations to prevent a likely program collapse and financial losses. Employ a highly trained workforce instead of risking your prestige and resources.
Whatsapp-Familiar Staff
You should familiarize yourself with WhatsApp’s architecture after you’ve found a decent tutorial on how to make an app like WhatsApp. It’s crucial to understand what’s going on in the context of the application.

So, in this segment, we’ve gathered some crucial details that you should think about before getting started. Without the items mentioned below, many of WhatsApp’s procedures will be unlikely. This is the mechanism that allows this efficient message exchange machine to work.

Step-5 Include The Right Application Server

WhatsApp uses the Ejabberd XMPP application server (FunXMPP), written in the Erlang programming language, to manage message traffic. Because of its long-term viability, it’s ideal for accommodating large contact networks. Erlang is a good choice since it adapts easily to hot patches and upgrades.

Other messaging apps which act as an alternative of WhatsApp, such as Telegram, and Kik, use Node.js to code their servers.
Database Server
WhatsApp uses a high-performance database server named YAWS (Yet another web-server), which is also written in Erlang, to store multimedia data.

The WhatsApp developers used the FreeBSD operating system to run their servers.

They’ve even used Mnesia as a database because it’s Erlang’s default database.

The business uses the RC4 (Rivest Cipher 2) cipher form, which is known to be insecure.

In terms of client-side growth, the programming language used varies based on the device’s operating system. The rest is common knowledge: iOS uses Objective-C or Swift, while Android uses Java or Kotlin.

The Minimum Viable Product (MVP) is a metric for evaluating and judging the success of an app. Developers should assess whether the application is progressing in the right direction and make adjustments based on current developments and innovations that they would not have previously adopted.

One of the most significant advantages of an MVP is that it allows for immediate customer feedback, which informs the organization about how well their application is doing in the market. Otherwise, how foolish will it be to spend months developing an app just to get negative reviews from consumers due to a lack of foresight and forecasting of the app’s popularity?

MVP assists in excluding such an irrational solution. It also assists in concentrating on just the features that improve the customer’s user experience.

App protection has overtaken encryption as the most important factor in deciding which messenger to use. Many citizens distrust governments and hackers obtaining private data.
That’s why we see a rise in messengers like Snapchat, Telegram, and Signal.

Telegram delivers two communication formats: WhatsApp messages are end-to-to-to-end encrypted (although Telegram was criticized for using a non-open source encryption protocol). Both default messages are protected by default and are saved on Telegram’s servers.

To have additional protection, chat apps can still re-key (Wickr does this for each new conversation).

Congratulations on your achievement! Our role model application’s internal structure is now complete. Now it’s time to see how the Whatsapp-like message app development has worked on the client side.

After you learn  how to make an app like WhatsApp , you need to ensure the costs. Therefore, the average expense of the  WhatsApp-like message app development  is $50,000-60,000. Use 852 cumulative net hours to create apps for both iOS and Android.

The further smartphone updates you wish to do, the more funds you may require. The cost of a WhatsApp-like app may range between $110,000 and $162,000.

The messaging app industry is still evolving, and there is always a possibility to know  how to make an app like WhatsApp  with a sizable market share.

Whatsapp-like app development services give out messaging apps, which are the future of connectivity in several respects. They make it possible for people from all over the planet to communicate for free.

Once you know how to make apps like WhatsApp, you can use various features like VoIP features, real-time messaging applications. Such applications have now surpassed SMS and are on their way to displacing phone calls too. 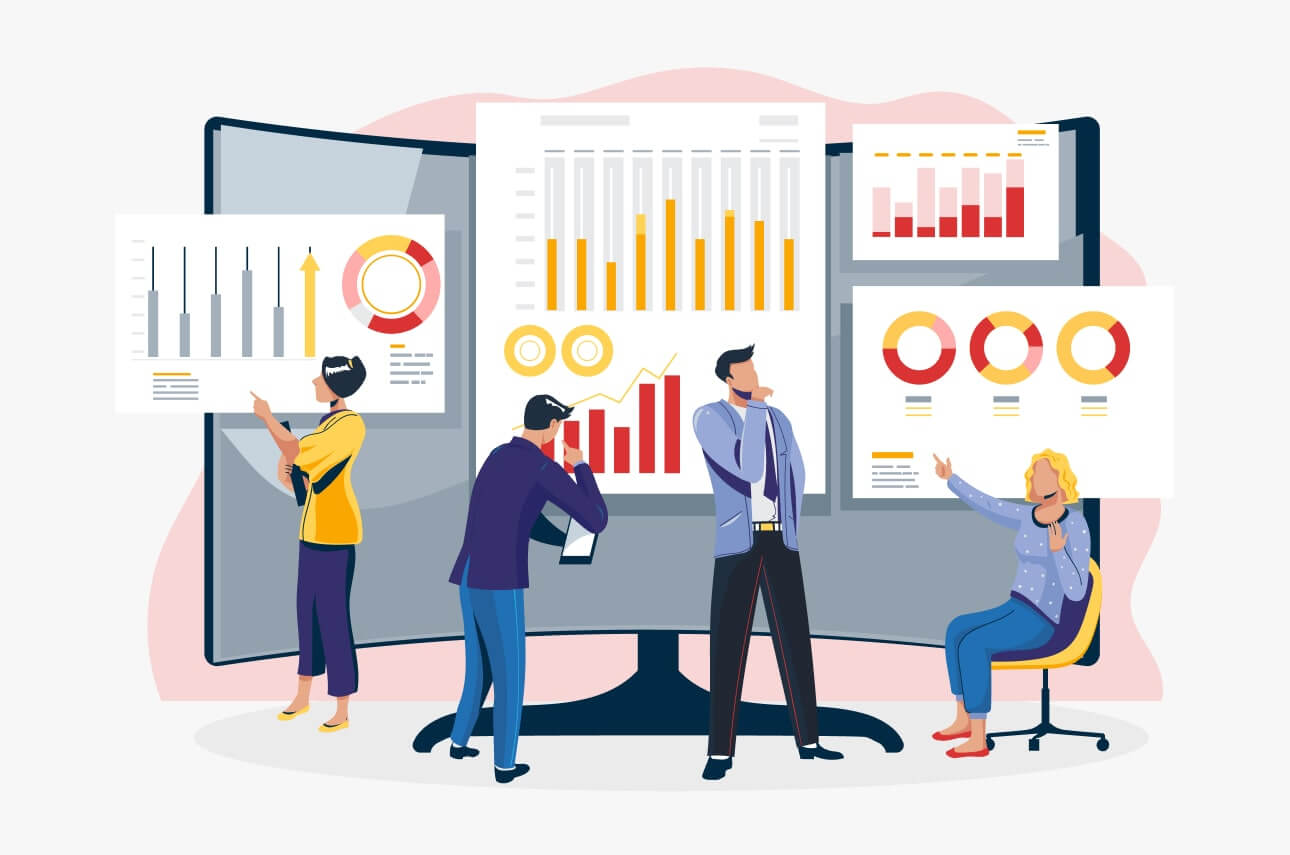