Is React Native technology the future of Mobile app development?

Is React Native technology the future of Mobile app development?

Have you ever thought of what makes for a great mobile application?
You might be aware of UI, UX, features, and images, etc. But you will also agree that there is much more to it.

Applications are getting more popular these days, and almost every business owner has adapted to this swing of Mobile App Development.

Why build next level Mobile application?

According to Statista, by the end of 2020, mobile apps alone are predicted to generate about $200 million in revenue globally. And with the advent in technologies user’s expectation has also increased in terms of flawless performance and aesthetically appealing apps. Everyone is looking for a mobile app that is fast in performance, innovative in terms of usability, and better than its predecessors. Cross-platform app development is the best solution to stay in sync with the ever-growing demand. Amongst all the technologies the one that is rapidly transforming the mobile age is React Native.

Let us get deep into knowing more about React Native application development.

What problem does the React Native app solve?

Multi-page applications increase the load time as switching between pages gets difficult. But with React Native you can have all the web pages open on the same pane. It makes use of the virtual DOM that interacts with native components of the OS to make changes only to the specific areas.

With its generic flexbox layout, React Native development allows the React Native developers to write a single code that can be run across all platforms. So the implementation of separate UI in a different language, and layout systems can be avoided. It is also easy for the designers to jump into the codebase and implement their designs to ensure it has come out well. React Native application development also successfully solves some of the main issues like:
Iteration Period
Imperative programming
Differences in codebase

React native’s pattern of learning once and write anywhere allows developers to plenty of apps but there are situations in which React Native would be your best bet.

For a fast-moving startup agile development is a top priority. In such a case, the main pillar is to create a solution before your competitors can and getting people to use it and give feedback. React native is a perfect technology for this as it allows you to see if your idea is worth spending the money and time. With react native developers you can build a prototype that works well in both iOS and android – 30% faster than the native tech stack.

With React Native, you can build an app that looks and performs just like the android and iOS counterparts. Bloomberg built its app using React Native after being tired of developing separate apps for android and iOS. The result was a sleek app with features like live TV, videos, a personalized news feed, and smooth interactive animations. The ease of learning, fast iterations, and hot reloading of React Native made it possible. 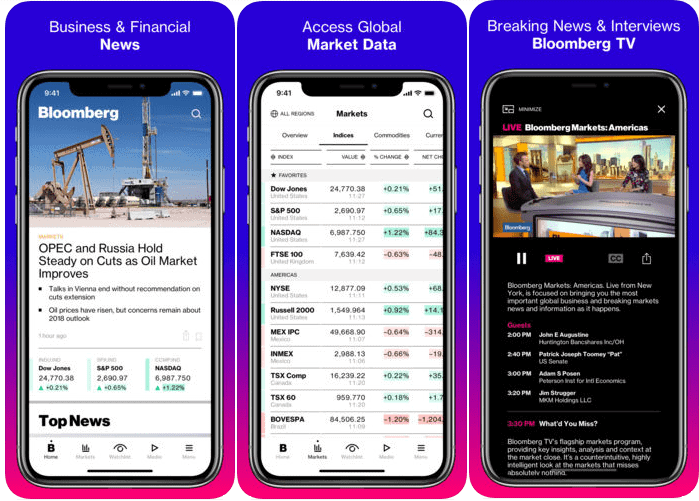 If your app is dependent on platform-dependent features like audio/video processing or multithreading then React Native is the perfect solution. You can easily make it work across all platforms. As React Native is flex-based, it works similarly across android, iOS, and web saving you a lot of headaches. For example, Townske was able to develop a cross-platform app using Reactive native technology instead of building separate apps for android and iOS. Townske was also able to overcome all the difficulties through React to Native’s community fixes.

There are many reasons as to why a react native development company might dominate other companies and developers in the long run. Along with an impressive JavaScript library, creating a hybrid app without any lag in performance is what makes it a primary platform for developers.

Reactive native development services are now utilized by millions of businesses all over the world. Top companies like Facebook, Skype, Walmart, Pulse, Soundcloud, Instagram, Tesla, UberEats, etc. are using React Native technology. So what are you waiting for?
Hire React Native developers in Australia from Bytes Technolab and leverage the experience of building high performance, efficient, attractive app for your business.

We can thus conclude from the above discussion that React Native is the best available open-source platform to build a superior functionality app that saves time. Easy to access plugins and libraries, faster app development, and no missing deadlines make it the go-to framework for all future mobile app development.
Integrate experienced React Native developers from our company to build stunning and highly scalable user-friendly cross-platform mobile applications.
Contact our well renowned React Native development company in the USA to discuss your project objectives.